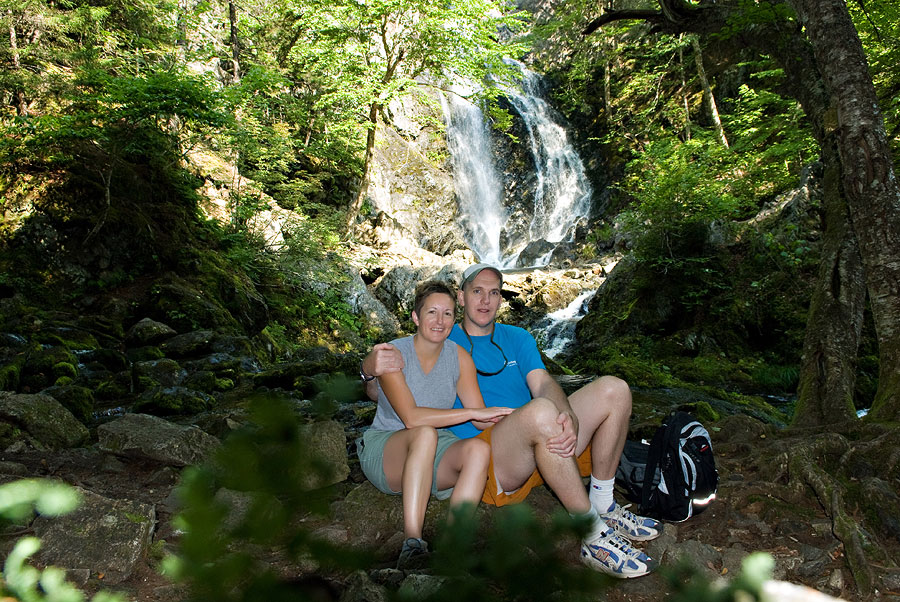 Brendan and I took a trip to New Brunswick, Canada to visit Fundy National Park.  We took a leisurely drive down Route 9, known to locals as “The Airline,” which brought back terrifying memories for us from when we lived in Machias, but they have improved the road dramatically and thankfully was not the harrowing drive we’ve taken in the past.  Normally I love to blog our travels while they are happening and try to keep it updated daily but Brendan and I were almost completely disconnected from the world with no television and only limited Internet access. The only time we could connect to the Internet was when we went into town to eat at one of the only three restaurants in town. We arrived at Fundy National Park and checked into our cabin at Fundy Highlands Chalets which is located right in the park.  Alma is the little town located right outside the park, with a population of only 300 you can understand why we were so disconnected from the outside world.