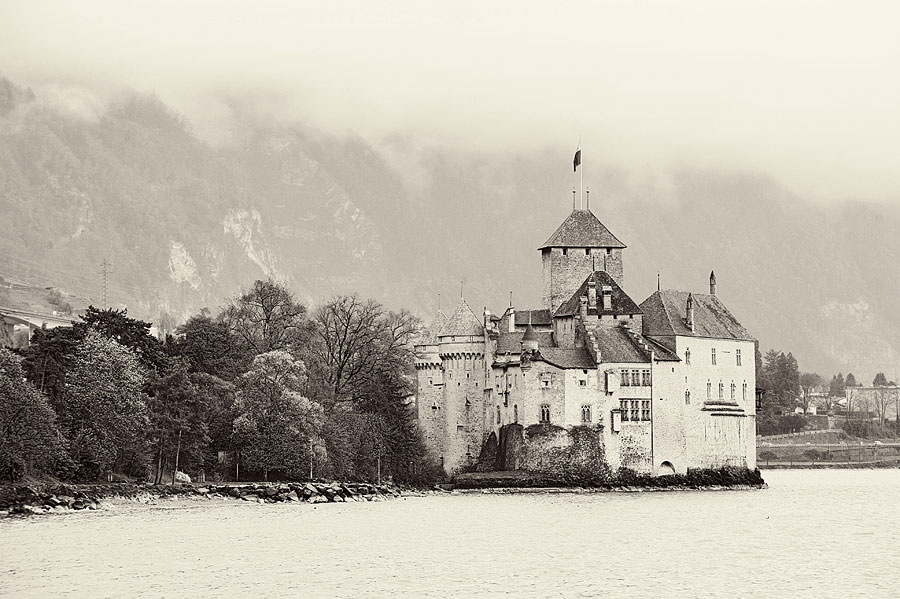 Brendan and I took a whirlwind trip through Switzerland in April and were just awe struck at this beautiful country.  We arrived in Zurich on Monday morning and discovered a huge celebration in the city called the Sechseläuten Festival to celebrate the arrival of spring. The day ends by burning the winter effigy, a snowman, in the town square. Although the weather was rainy and dreary everyone was out enjoying the celebration.

By Tuesday we had recovered from jet lag the sky was clearing so we thoroughly enjoyed walking around the medieval section of Zurich. Most of the area is for pedestrians only with cobblestone streets, very picturesque. On Wednesday we took the train back to the airport to pick up a rental car and then we were off to explore Switzerland. Because the majority of cars in Europe are small, at 6’6″ Brendan typically can’t drive them, so I am relegated to be the driver and Brendan the navigator. We reserved a GPS for our rental car but they apparently were out, thankfully they were able to find us one! Having a GPS makes driving so much easier to navigate in a foreign country!! Although it did take a little getting used to a different GPS system, a few wrong turns and swear words later we were on our way. Our first stop was Bern and then on to Lake Geneva. Bern also has a huge pedestrian area in their old city and although the city wasn’t as quaint as Zurich, it was definitely worth a stop.

Lake Geneva was absolutely beautiful with flowers lining the walkway along the lake, mountains on the opposite shore and the Chateau de Chillon overlooking the lake. We stayed in Montreux, only a few miles from the castle so in the morning we strolled the shore of the lake enjoying the view before touring the castle, which was amazing. My dad was a huge fan of Byron, who wrote the poem The Prisoner of Chillon, so I was excited to see where Byron had carved his name in the dungeon. In the afternoon we drove along the shores of Lake Geneva to check out some of the smaller towns along the lake and discovered Lavaux Vinorama, an exhibit and wine tasting presentation about wine making in the region. We had no idea that the area was such a huge winemaking area with over 200 vineyards.

Friday was our final day in Switzerland so we drove across the country to visit the tiny country of Liechtenstein which has a population of approximately 36,000 and is only 62 square miles in area. We had originally planned on taking some of the smaller roads through Switzerland, but after driving half an hour through twisting, winding roads, going up in elevation in the rain which eventually changed to snow, we quickly abandoned that idea and drove back to take the major highways. This day was our worst weather day, but when we arrived in Liechtenstein the rain stopped and we were able to walk around the tiny capital of Vaduz. The country is a constitutional monarchy that is ruled by a Prince who lives in a castle overlooking the capital.

While I wish we had more time to explore, we had an amazing time touring this beautiful and diverse country. Amazingly, while Switzerland is such a small country compared to the United States, they speak three languages, French, German and Italian. It was so interesting to see the signs change as we traveled from region to region, although we never got to the Italian speaking region.