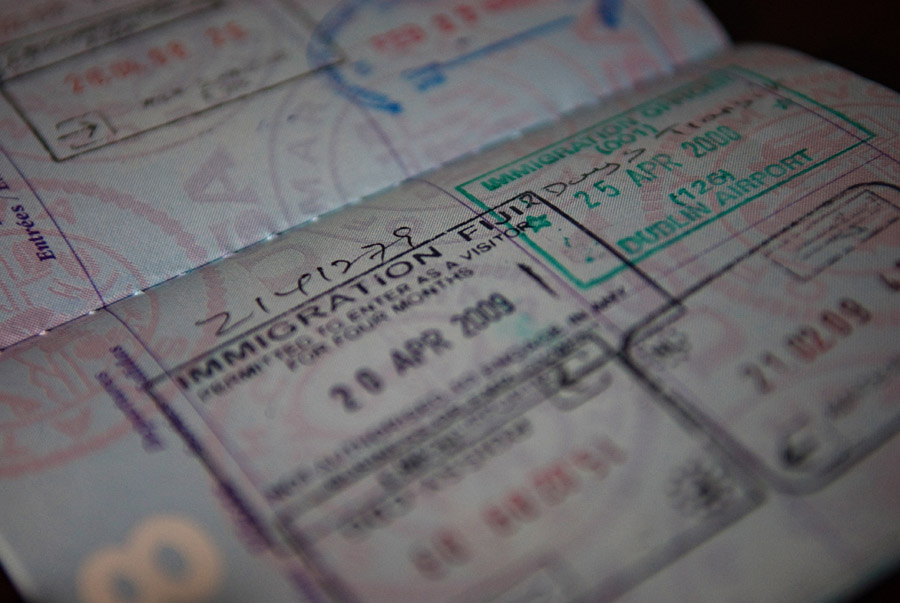 Bula!  Which means welcome, hello, hi, in Fiji and everyone was so friendly.  We made it to Fiji after a very long 2 days of traveling. I can’t tell you how many people had never heard of Fiji when I told them where we were going, so I thought a map would be a good idea so everyone could see where we were in the South Pacific.

Although getting there took a very long time, our travels went very well and were uneventful except missing our connection in Nadi to Suva and not being able to get on another flight. Our 12 hour layover in Los Angeles allowed us a wonderful visit with Brendan’s brother and his family. The 11 hour flight from LAX to Fiji, while long, was at least at night and since we were both exhausted (after being up since 4 am) ended up sleeping most of the flight. Surprisingly the flight was rather empty (I think because we are at the end of the rainy season in Fiji) so there was quite a bit of room to spread out. Stepping off the plane we were immediately struck with the humidity, you could drink the air here.

Since we missed our connection from Nadi to Suva so we decided to take a taxi from one end of the island to the other which gave us some wonderful views of the island. It was a bit adventurous at times, first negotiating with the driver, then having him hand us off to another driver at a gas station because he decided he didn’t want to drive all the way to Suva, and then traveling at 60 mph down these tiny 2 lane roads as well as driving on the opposite side of the road.

Two very exhausted and sweaty travelers. I can’t tell you how good it felt to get to the hotel and actually lay down in a bed and sleep!

The hardest thing to get used to was the time difference. It was very confusing! When we left Maine and traveled west to Los Angeles you go back in time or gain hours, so when we landed in LA it was 11:30 am but 2:30 pm in Maine. But as you cross the Pacific Ocean and cross the International Dateline you actually jump ahead in time. So when we landed in Nadi, Fiji at 6 am Monday morning it was really 2 pm Sunday afternoon in Maine.

Brendan and I had a nice, relaxing dinner our first night at the hotel and I had some of the local fish, Coral Trout, for dinner, very tasty. We were both exhausted and went to bed early, but I think we adjusted to the time change, although I was constantly getting confused as to which day it is.

While Brendan spent our first day at the International School Suva to help them with their math curriculum, I lounged by the pool soaking up the sun.  Sunrise is early, around 6:15 and when I saw the sun shining I knew I had to spend some time at the pool, especially since we are here at the end of the rainy season (November-April).  We were also in Suva located in the south eastern shore of Viti Levu (the mainland of Fiji) which is one of the rainiest locations in Fiji, getting approximately 120 inches of rainfall a year, so I wanted to take advantage of the sun while I could.  Armed with 50 and 70 spf sunscreen I braved the intense early morning sun of the Pacific and enjoyed reading and swimming in the pool.  It was such a treat to do absolutely nothing but enjoy a good book, something I am not inclined to do at home.

After lunch, I had to take a few pictures across the street at Thurston Gardens and of course shortly after getting there clouds rolled in with lightening and thunder and I promptly got soaked.  I passed lots of school kids on my way there that were very friendly saying Bula and giggling as we passed.  My skin color and camera made it quite obvious that I was a tourist!

Suva is the capital of Fiji and is not what most people envision as Fiji. It is very industrial and poor, not the beautiful white sand beaches and clear blue waters in pictures. While the city is relatively safe during the day, it is rather dangerous after dark (which happens early here, around 6pm) and everyone says you should not walk around at night; people take taxis just to go a few blocks. Even our hotel has security and a motion sensor fence on the sea wall.  Normally I’m comfortable walking around by myself, exploring cities and taking pictures, but I was very hesitant in Suva, especially as a white female.

That morning I decided to take the plunge and head into the city, I figured I would head out early before the hustle and bustle of the city really got going. When traveling, I’ve always been very observant of my surroundings and the people around me, so as I was leaving the hotel that morning I noticed a man sitting in the park across the street who got up and crossed the street walking in front of me. He slowed his pace until I caught up with him and he started talking to me. A nice, older gentleman and normally I probably would have quickened my pace but for some reason continued to talk to him. He was telling me all about the city and where I should go and I thought he would never leave. As I was trying to figure out how I was going to get rid of him, we came to a bench and he shook my hand and wished me a good day. Of course, then he asked me to sit down as he pulled a Fijiian head mask from his bag and asked me my name, which of course he then started to carve into the mask. At that point I knew I was going to have to buy the mask. It was beautiful and he was very nice, so even though I felt like a sucker, I ended up with a nice souvenir. Of course I had to get a picture of him. I was so bummed when I got back and downloaded the picture to discover it was slightly out of focus…the high humidity here is not equipment friendly, my lens is constantly fogging over making it a real challenge taking pictures.

Before we left Suva we booked a day trip to Treasure Island, just one of the over 300 islands that comprise Fiji. So when we arrived in Nadi Thursday night we had to get up early the next morning to catch the bus that would take us to the boat. Unfortunately Mother Nature did not cooperated with us for most of the trip and we woke up to overcast skies, but we still had a great time. Island hopping is one of the many things people do when they come to Fiji, as a lot of the islands have small resorts on them, some are very basic and suitable for backpackers and some are have more amenities. Boat shuttles are available for people to come out and stay at an island and then move to another one. Each island has its own “flavor,” for example Beachcomber Island is the party island while Treasure Island is more family friendly. Day trips are also available to the islands and you get to use the amenities at the resort. Our trip included the use of snorkeling gear and lunch, and we rented a kayak for $10 Fijiian dollars, which is about $5 US. As we paddled around the island and over the coral reef, I think I saw a clown fish (Nemo!) and some really bright blue/purple fish, and we ended up at a small sandbar.

Of course wouldn’t you know it, our final day was the day with the perfect weather, sunny, hot and bright blue skies.  The coolest thing was that when we left Fiji at 10 pm Saturday evening we arrived in Los Angeles at 1pm Saturday afternoon! How amazing is that, we got to relive 9 hours of our life!!

Our late night flight out of Tanoa International was delayed until the next morning which caused our trip home to be somewhat of a nightmare.  The flight from Fiji to Los Angeles was delayed as we were waiting in line to check in and didn’t seem very organized, even though apparently this happens a lot. Although the airline put us up in a hotel, by the time we got to the hotel and then woke up early the next morning for the rescheduled flight, we didn’t get much sleep.  Of course the delayed flight caused us to miss all of our connections. It was a loooong trip home; it took us three days!