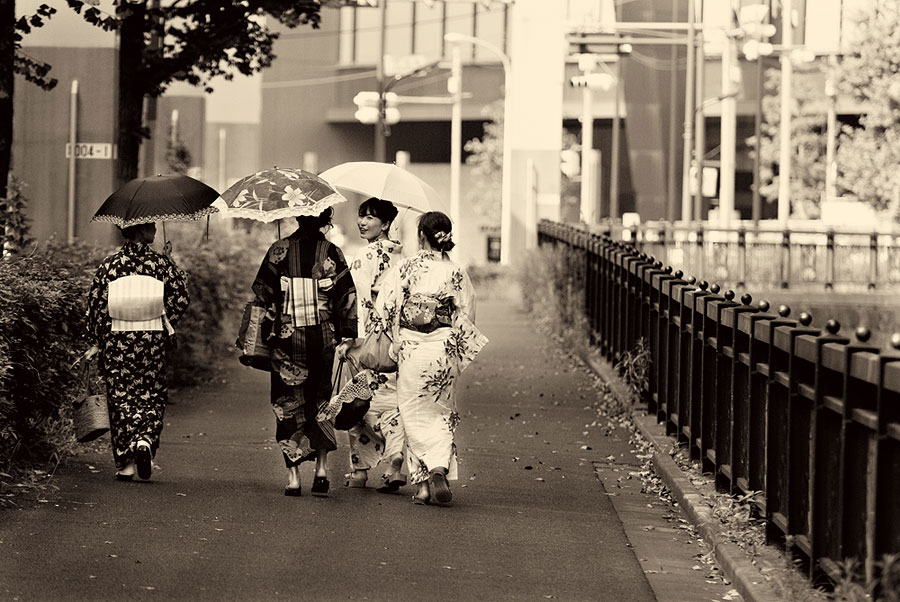 I arrived at Narita Airport and sadly had to say good-bye to Brendan at the airport as he is off to Saipan while I’m headed into Tokyo.  Immigration took forever as all foreigners are fingerprinted and photographed on entry into Japan.  The good thing about that though is I didn’t have to wait for my bag; I had a long wait for the bus anyway so I wasn’t in a hurry.  The best way to get into Tokyo is to take the Limousine Bus Service which costs 3,000 yen (about $30).  Taxis are extremely expensive and it takes about 1.5 hours to get to the city.  The bus service has stops at most of the major hotels and it’s really easy to use.  By the time I arrived at the hotel it was almost 5:30 pm, so I had dinner at the hotel and crashed early.

Since I only have a little over a day to see Tokyo I had to prioritize what to see and decided on the Imperial Palace and Gardens and then wander around central Tokyo.  I’m staying at the Intercontinental Tokyo Bay and my room has a gorgeous view of the river and isn’t too far of a walk into the heart of the city.  I spent all morning exploring the gardens at the Imperial Palace; the palace is still occupied so you can’t visit it.  I had left for the gardens early in the morning so the city was very quiet, but even later in the day the city seemed relatively quiet (probably because it’s Sunday) and some of the city streets were closed for pedestrians and there were lots of Japanese dressed in traditional clothing; I’m not sure if there was some sort of festival going on, but it was really fun to people watch!  I also stopped at the Bridgestone Museum of Art which is a hidden treasure of artwork by Monet, Picasso, and Renoir.

The weather here is extremely hot and humid and I lost count of how many water bottles I went through.  One of the funny things I noted was the city is one of the cleanest city I’ve been in (besides Seoul) but I had the hardest time finding a trash can!  I absolutely have fallen in love with Tokyo and Asians, they are so friendly, proper, and respectful, everything that we as Americans seem to have lost.  What really struck me was at the museum they were aware of the people around them and very mindful of not stepping in front of someone while they were viewing a piece of art; I don’t think I have ever experienced that in a U.S. museum.  Everything is meticulous here and everyone seems to take pride in their work, it’s truly amazing!